Watch the video and read the cases to learn how telephonic case managers make a difference.

The Heart of Case Management Award is a national program recognizing case managers who are highly regarded for transcending beyond their traditional job duties to improve the lives of thousands of injured employees. 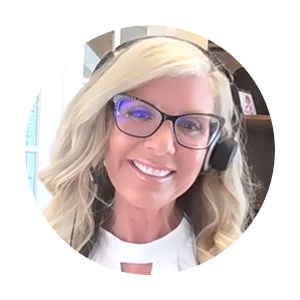 without purchasing items. After requesting to see a receipt, the employee was struck several times by the men with a crowbar. The attack resulted in multiple injuries, the most significant a dominant side rotator cuff tear/biceps rupture. Genex telephonic case manager Tammy Zivic was assigned to the case, promptly making contact with the injured employee. She soon learned the injured worker was experiencing excruciating pain and anxiously awaiting MRI authorization. Zivic quickly discovered a delay in payer approval for diagnostic testing and facilitated obtaining the MRI order. She forwarded it to the adjuster while assertively communicating the sense of urgency with support provided by ODG.

The MRI was approved and the results confirmed significant shoulder injuries sustained in the attack. When surgical intervention was recommended, Zivic reviewed guidelines and provided support for authorization. Postoperatively, she worked with the injured employee to address any psychological concerns related to the attack and facilitated timely weaning of narcotic medication. After full-duty release, the injured employee began to develop numbness in his fingers and right arm. Zivic communicated this information to the man’s physician who prescribed bracing at night which alleviated this issue. By engaging the correct resources in a prompt manner, the case manager was critical in facilitating the care needed on behalf of the injured employee, working through delays in authorizations while in the midst of a pandemic. Zivic’s actions resulted in a successful return to work prior to ODG estimated length of disability, saving 196 days in indemnity costs.

It was a late Friday afternoon when Caroline Sauve Rutledge, RN, BSN, CCN, received a 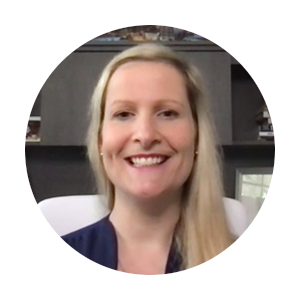 call from an adjuster assigning her to a case. The adjuster was growing frustrated after desperately trying to schedule an injured employee for hernia repair and needed help. Sauve Rutledge immediately accessed the PPO network, contacted a specialist and scheduled the surgery within 30 minutes. She then updated the adjuster and injured employee about the surgery and suggested next steps to progress the claim. Utilizing ODG guidelines to ensure treatment was appropriate and timely, Sauve Rutledge immediately communicated the injured employee's job description to the surgeon so that return-to-work planning could begin post-surgery.

In addition to timely communication with all parties, Sauve Rutledge ensured the injured employee was well educated and prepared for his recovery via phone, email and Healthwise Coach & Communicate educational material. Without Sauve Rutledge’s diligence and quick action upon claim assignment, the injured employee’s care could have been delayed and possibly deferred to an out-of-network provider, resulting in additional costs. By managing this file proactively and advocating for the injured employee through surgery and recovery, she helped facilitate an early return to work within weeks following surgery.

3 ways to build engagement and trust in workers' comp claimants

As the world opens up again in this COVID era, more U.S. companies with a global reach are sending employees overseas to conduct business.